The Detailed Provisions to Know

The Tax Cuts and Jobs Act, a measure that has been characterized as the first major reform of the Internal Revenue Code in 31 years, received final approval from the House and the Senate on December 20, and was signed into law by President Trump two days later on December 22.

The main provisions of the Tax Cuts and Jobs Act (TCJA) of 2017 are as follows:

Reduction in the corporate tax rate: While both the Senate and the House bills called for a reduction of the maximum corporate tax rate to 20%, from 35% in 2017, the rate was lowered to 21% in the final version of the bill. The new rate, which goes into effect starting in 2018, is permanent.

Changes in the child tax credit: The TCJA increases the child tax credit from $1,000 per qualifying child in 2017 to $2,000 in 2018, of which up to $1,400 is refundable. The law also raises the adjusted gross income (AGI) phase-out thresholds to $400,000 for married filing jointly and to $200,000 for all other filers. In addition, the legislation creates a new non-refundable $500 credit for dependents who are not qualifying children. These changes sunset at the end of 2025.

State and local tax (SALT) deductions capped: Starting in 2018, the legislation limits deductions for all non-business state and local taxes deductions, including property and sales tax deductions, to an exemption of up to $10,000 for most filers, or $5,000 for each married taxpayer filing separately. These deductions are reinstated after 2025, but the law contains a provision that discourages taxpayers from pre-paying their SALT taxes in 2017 by stipulating that SALT taxes assessed for the 2018 tax year are not deductible on 2017 returns.

Alternative Minimum Tax (AMT) retained with higher exemption amounts: The legislation retains the AMT for individuals with some modifications through 2025. The exemption amount is increased to $109,400 for joint filers and to $70,300 for other filers, while the phase-out thresholds are raised to $1 million for joint fillers and $500,000 for other filers. The exemption and threshold amounts are indexed to inflation. The corporate AMT is repealed.

New tax breaks for pass-through businesses: Income earned by pass-through entities (e.g., partnerships, S corporations, and sole proprietorships) in 2017 was subject to the individual tax rates of the owners. The TCJA provides a deduction of 20% of qualified income for pass-through entities, with some limitations and qualifications. Certain professional services firms with incomes above specified thresholds are not eligible for these tax breaks. The provisions expire in 2025.

New estate tax provisions: The estate tax in 2017 applied a 40% tax rate to estates worth more than $5.49 million for individuals, or $10.98 million for married couples. The TCJA retains the estate tax, but doubles the current estate, gift tax, and generation-skipping transfer tax (GST) exemption amounts, indexed for inflation, starting in 2018. The lower thresholds are set to return after 2025.

Repeal of the Affordable Care Act (ACA) individual mandate: The TCJA repeals after 2018 the ACA individual shared responsibility requirement, which imposes a penalty payment on individual taxpayers who do not have health insurance.

Enhanced bonus depreciation and Section 179 expensing: The law increases bonus depreciation to 100% (from 50% in 2017) for qualifying property placed in service between September 27, 2017, and January 1, 2023 (with an additional year for certain property with longer production periods), followed by a phase-down period ending in 0% on January 1, 2027. The law also enhances the Section 179 expensing amount for small businesses, raising it to $1 million with a $2.5 million phase-out threshold from current levels of $500,000 and $2 million, respectively.

Interest deductions limited: The TCJA generally caps the deduction for net interest expenses at 30% of earnings before interest, taxes, depreciation, and amortization. The law provides for the exemption of small businesses with average gross receipts of $25 million or less. 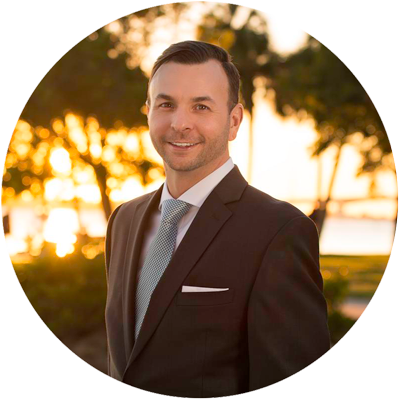